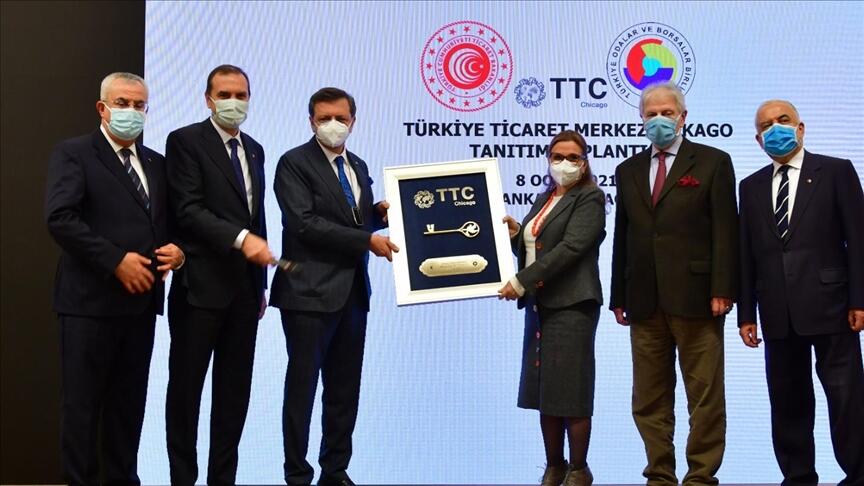 Turkey set up a trade center on Jan. 8 in the U.S. city of Chicago to expand Turkish exporters’ network and to ensure products exist in target countries with their name, brand and quality.

“The U.S. is among 44 countries where we broke an export record last year,” Turkish Trade Minister Ruhsar Pekcan said during the online opening ceremony. “Now, the important thing is to make this momentum we have achieved with the U.S. continuous and sustainable.”

Pekcan said the global competitive environment is changing every day, with new concepts, institutions and instruments are emerging.

“This leads business people, exporters, policy makers and all relevant economic actors to develop different ways and methods in global competition and be innovative,” he said.

Also commenting on the center, Rıfat Hisarcıklıoğlu, the chairman of the Union of Chambers and Commodity Exchanges (TOBB), said the Union’s first trade center was opened in Chicago.

Turkey has taken a big step to establish the center because the US is the world’s largest importer with an annual volume of $2.5 trillion and it has high purchasing power, he said. “Hopefully Turkish business cycle will enlarge its network in the US different states after having experiences in Chicago.”

The city is the production center for US industry, at the junction point of rail, road and seaway networks, he said. “The country buy consumer goods worth $650 billion per year, importing food and beverages worth $150 billion, bringing $70 billion of furniture in its soils.”

Stating TOBB placed an area of ​​10,000 square meters for Turkish companies next to O’hare International Airport, where the world’s third most intensive air cargo transportation is carried out, he said: “The headquarters and logistics base of many giant companies from the Fortune 500 list are here and Turkish companies will now be in the center of the network.

“With this move, we now say to our companies, ‘Come, get a share from this 2.5 trillion dollar market.'”

He also noted more trade centers in markets such as China and India will be established in the future.